For a real American success story, watch this video!  If you don't have 90 minutes now, reserve the time for movie night or for weekend business inspiration.  If you're a history buff, a documentary aficionado, or you just plain love a great success story, you owe it to yourself to take in the life of Al Amatuzio.  Superbly done!

Al Amatuzio was the real deal.  I had the good fortune to meet him a number of times.

When my Dad started Vaughn Enterprises in the early 1970s, he was impressed with the man as well as the product.  Dad got my brother Mark to look at getting involved with becoming an AMSOIL dealer.  Mark did his due diligence and got on board, saying I can get behind a product I’ll never have to apologize for.  After returning from service in Vietnam, and overseas civilian service with Bell Helicopter, I was similarly impressed with the products and the people of AMSOIL.  Vaughn Enterprises, much like AMSOIL, became a family affair.

The following was published by AMSOIL when Al Amatuzio passed, and alludes to the character of the man, his family and the neighborhood he was brought up in, as well as the AMSOIL “American Success Story” highlighted in the video:

AMSOIL INC. company founder and Chairman of the Board Al Amatuzio passed away on Friday, March 31, 2017, at nearly 93 years of age. His life was a classic David vs. Goliath illustration of the American Dream. He was raised poor in a rough neighborhood, achieved distinction in military service and toppled giants on his way to forever changing the lubrication industry. Amatuzio touched many lives through his business ventures and charitable endeavors. In fact, whether they know it or not, Amatuzio has affected the lives of nearly every driver in the world, for it was his vision that brought synthetic lubrication to the automotive market.

It was during his time as a fighter pilot and squadron commander that Amatuzio conceived the notion that cars, trucks and other land vehicles could benefit from synthetic lubricants. “They all thought I was at altitude too long without oxygen,” Amatuzio would joke. The naysayers were many, but Amatuzio had developed an unmatched tenacity through years of trials.

As a child in the Great Depression, Amatuzio’s entrepreneurial nature emerged. He peddled newspapers, sold magazines, collected scrap iron, and devised any number of ventures to help support the family through difficult times. But his real love was flying. Every day he would wait to watch the white Sikorsky mail plane fly overhead on its way to touch down on the St. Louis Bay just off of Lake Superior. He would wave to the pilot and dream of the day when he, too, could take to the air. His dream was realized when, at age 12, his father bought him a one-dollar ticket for a short ride in a Piper Cub. Amatuzio’s dream became an ambition.

After graduating high school in 1942 Al attended Naval Air Corps training. But just as he was making his mark as a trainee pilot the Navy announced it had overestimated its need for pilots and closed the Program. Disappointed and uninterested in another type of Navy career, Amatuzio joined the Merchant Marine. It was aboard the SS Fisk Victory that he survived the great Okinawa storm that sent 42 ships to the ocean floor.

After the war and eager to renew his pilot training, Amatuzio joined the Air Force, now recently separated from the Army and reorganized into its own distinct branch of the armed forces. He was a natural and made a profound impression on his instructors. Amatuzio earned his wings, then fate pulled him in another direction. His mother became ill, and he had to leave the service to run the family-owned Gitchinadji Supper Club.

Still burning with desire to fly, Amatuzio joined the Duluth unit of the Air National Guard. He served 25 years as a fighter pilot and squadron commander and was twice honored as our nation’s top pilot by winning the prestigious William Tell Air-to-Air Shootout Competition and the Earl T. Rick Competitive Shootout.

It was then that Amatuzio became inspired by a new challenge. Armed with the knowledge that every jet engine in the world could survive only with synthetic oil, he reasoned that the same performance benefits could be applied to the vehicles and equipment people depend on every day for work and fun.

At the time, oil quality was poor and engines did not last long. Then-modern oils were susceptible to breakdown in high heat and contributed greatly to hard-starting in cold weather. Amatuzio had the vision to bring a better option to the market. The skeptics didn’t just think it was impossible, they thought it was unnecessary. They had a “good enough” attitude, and they considered conventional oil to be good enough.

The concept was foreign to the lubricant and automotive manufacturers of the time. They did not want synthetic oil and didn’t believe cars needed it. They resisted what they viewed as a disruptive product. Amatuzio was ridiculed for peddling his “fake oil.” After they began to recognize the superiority of the product introduced by the unknown man from northern Minnesota, they went on the attack. Falling back on the instincts he developed growing up in a rough-and-tumble neighborhood and through military training, Amatuzio fought major corporations and Big Oil companies in multi-year lawsuits. Through sheer determination and relentless fight, Amatuzio beat the odds to build a company widely regarded today as a technological leader in the field.

Amatuzio’s affinity for the little guy and his drive to bring consumers a better choice led to the formation of the AMSOIL Dealer network. When he was finally able to get his new synthetic motor oil in stores, it languished on the shelves next to its much cheaper conventional oil counterparts. Consumers hadn’t heard of synthetic oil and didn’t understand its benefits. That all changed with the founding of the Dealer network in 1973. Amatuzio’s Dealers were able to convey the benefits of synthetic lubricants much better than simple product labels, and the company grew exponentially. They were little guys, just like him, and they helped build AMSOIL.

In 1994, Amatuzio was formally recognized and honored as the pioneer of synthetic lubrication with his induction into the Lubricant’s World Hall of Fame. In 2005 he was again honored with the Nachtman Award from the Independent Lubricant Manufacturers Association (ILMA). The Nachtman Award is ILMA’s highest honor, recognizing the achievements of those who have made unique and significant contributions to the independent lubricant manufacturing industry.

Today, the company he founded carries on with Amatuzio’s vision – to provide consumers with a better option, to be the best, and to support the little guy. What the critics deemed unnecessary and ill-conceived when AMSOIL was founded is now required by many vehicle manufacturers. Because of Amatuzio, consumers have improved choices from Big Oil, their vehicles last longer and advanced automotive technologies that would have destroyed yesterday’s motor oil are possible. Because of Amatuzio, thousands of little guys across North America have the opportunity to make money selling high-end products. Because of Amatuzio, the world is a better place.

If you like that description, you’ll absolutely love the video.  Al’s life was remarkable; a real Horatio Alger story…a very real American success story.  A shorter, similar description is at Al Amatuzio’s funeral home obituary.  Al’s spirit lives on in the people and products of AMSOIL.

In about five minutes, we can set you up with whichever account gives you the greatest benefits.

or complete the brief info using the button

Whatever your comments, suggestions or questions,
we welcome you to Contact Us!

Please follow us on our LinkedIn Company Page for news as well.

If you're on Twitter, you'll find us at @vaughn_inc
You're welcome to follow our AMSOIL product news bites there as well.

Remember, the best way for you to reach us is via the contact us page on this website or by calling toll free 1-800-581-5823 between 8 am and 9 pm CST Monday through Saturday.

Whatever your interest we welcome your inquiry! 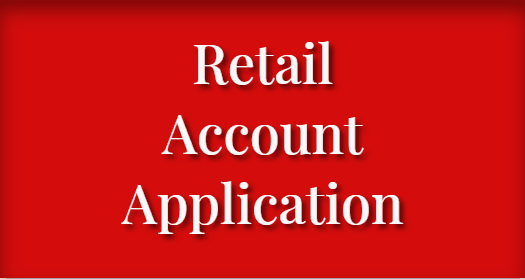 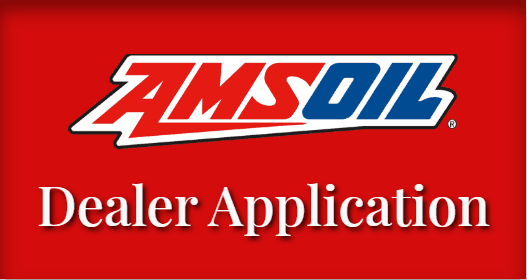